How to Speak Your Grankids’ Language of Play

If you’ve ever traveled to an area of the world where you didn’t know the language, you know how frustrating that can be. When you can’t communicate, you may even feel helpless, isolated or ignorant. In a similar way, coming back home helps you appreciate the ease and comfort of day-to-day interactions with people.

That sense of comfort and freedom also happens when we speak our grandchildren’s language. And I’m not referring to their “love language” or their learning style, although those are certainly important. For many of them, one of the languages in which they are fluent is play. For younger kids especially, that’s the language in the world where they spend much of their time.

As grandparents, we can strengthen the bonds with our grandkids by learning (or re-learning) their language.

Research studies have identified many benefits to child’s play. They learn to communicate and cope with problems, they make connections and learn about limits and morals, and they develop intellectually. And the great thing is, play comes naturally to most grandparents. For some of us, there’s no need to even write about this, because you’re already fully engaged in playing with your grands. Maybe it’s just a matter of diving in and doing it more.

Play speaks powerfully to them. The giggles and shrieks of joy—along with the smiles, gestures and other non-verbal signals—convey contentment in ways that are much deeper than words and language. Playing with Nana or Papa confirms some very important truths to a child: that he is highly valued by an important person in his life, that he is growing more competent in skills and wisdom, and that he belongs—he’s part of a family where he belongs.

Some years ago, my friend and colleague George Williams did extensive research on children and play, and here are five suggestions from his insights that should be helpful to you:

The doorway to a child’s world of play is a small one. It often requires you to get down on your grandchild’s level as best you can, whether that’s crouching or on your hands and knees. There’s no room for posturing or embarrassment. Seeing you play with dolls or sing silly songs will mean the world to your grandchild.

The adult world is a busy place, and unfortunately those that are most important to us often get the least amount of our time. As grandparents, many of us have slowed down considerably, but many of us have not. So we may need to schedule playtime with our grandchildren and guard that time with them.

You can con a con and you can fool a fool, but you can’t kid a kid. He knows when you aren’t fully engaged in the playing, when you’re only half-hearted. As much as you can manage, be completely, actively involved.

Do I even need to include this one? You surely know the immediate rewards of this kind of playful interaction. Laughter is often a good gauge for how well the play is going. Sometimes you can bring it on with tickles, but often it’s just a matter of getting involved and following your grandchild’s whims. Just remember to relax. Play isn’t about instruction or keeping score. It’s about just being together … and having fun!

Is it time for you to re-learn the childhood language of play that you once spoke so fluently? Please share your thoughts and insights on this topic at our Facebook page. Grandparenting Your Pre-Schooler: Learning and Growing 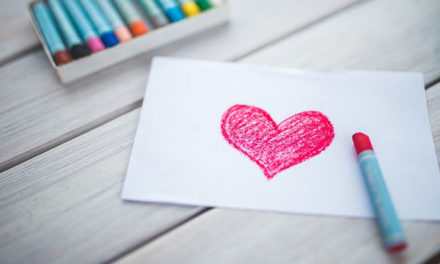 5 Ways to Be Your Grandchild’s Valentine Grandparents: We Have Windows of Influence 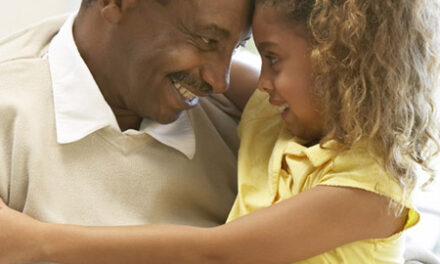 Speak Blessings to Your Grandkids