I’ve written about my grandmother many times, but it occurred to me that there were some things I didn’t (and couldn’t) fully appreciate about her until I was a grandmother myself. As I get older, I realize that a lot of her best qualities were things I couldn’t appreciate when I was younger because I just wasn’t wise enough. With age does come wisdom, and although I always knew she was a wonderful grandmother, now I see that she was truly a unique individual with very admirable qualities that anyone would do well to emulate.

This is also something we should remember as grandparents: our grandkids will likely appreciate us even more when they are older and wiser.

Here are the characteristics I appreciate about her much more now:

1. She treated all her children and grandchildren the same. If Grandma Layne (as we affectionately called her) had a favorite grandchild, she didn’t show it. I have seen families where this isn’t the case, and it causes jealousy and conflict. If you are familiar with the story of the twin brothers Esau and Jacob in the Bible, you know what I’m talking about. Playing favorites just doesn’t work in families. It didn’t work for Jacob and Esau, and it still doesn’t work today.

2. She never gossiped. I asked her once how she did it. “Grandma, you never say anything bad about anyone. How do you keep your mouth shut?” She smiled her little smile and said, “Sometimes I can’t control what I’m thinking.” Sometimes I can’t control my thoughts either, but often my thoughts fly out of my mouth before I can stop them. She knew how to control her tongue. Her motto was, “If you don’t have anything nice to say, don’t say anything at all.” And she lived by that. Amazing.

3. She was humble and had a servant’s heart. When she first married my grandfather (who was over a decade older than she), they lived with my great-grandmother who became an invalid and was confined to a wheelchair. She helped take care of her mother-in-law until she died at the age of 96. I cannot imagine the challenges she faced. What young bride today would live in a tiny farm house and care for her mother-in-law while raising three children and working on the farm? Women of Grandma’s day and time had to be made of steel. She lived through the Great Depression and didn’t have any modern-day conveniences. Everything they had they grew or raised themselves. She sewed her children’s clothes out of feed sacks when they were toddlers. In later years Grandpa was able to buy them a few clothes when he sold his tobacco crop in the fall. Christmas gifts were oranges and some nuts and maybe, if you were lucky, a stick of peppermint. On Saturday nights, they all took turns bathing in a tub of water in the kitchen. Yes, they were poor—dirt poor—but they had what they needed to survive, and that poverty shaped each of them into adults who appreciated everything they had more than most folks.

4. She didn’t take hardly any medicine and never drank alcohol. She did have blood pressure problems and had to take a pill for that, but anything else was taken care of by home remedies. Sore throat? She gargled with salt water. Cough? Warm tea with lemon. She didn’t spend the night in the hospital until she was in her early 80’s. Her babies were born at home and trips to the doctor were rare. My mother was a tom boy and she fell out of a tree and broke her arm when she was about eleven. Dr. Dunham, the town doctor, had to come set her arm in a cast. Other than that, they took care of their own aches and pains.

5. She didn’t mind solitude. Grandpa died in 1976, and Grandma Layne lived until 2002. Most of those years she lived by herself, but she never seemed to be lonely. She was comfortable being alone, and even though her old and outdated television only got two channels (if the antenna was facing the right way), she entertained herself. She read a lot. I got books for her at the library and took them to her; she liked westerns the best. Her favorite book was the Bible, and it was kept handy and close so she could work on her Sunday school lesson throughout the week. Often I would stop by and she’d be out on her porch sitting in a chair and studying her Bible. One day I snapped a photo of her when she was wearing her old flannel blue bathrobe. The picture was so precious I asked a local artist if she could paint it for me. She did and I had it framed. When I showed it to Grandma, she said, “I wish you’d told me you were going to make my picture and I would have changed clothes. I’m wearing my bathrobe!”

6. She had a “saying” for every situation. If you had to redo something because you didn’t do it right the first time, then you had to “lick your calf over.” If she saw a penny on the ground she always picked it up, because “A penny saved is a penny earned.” And if someone commented that a young girl was pretty, she’d say, “Pretty is as pretty does.” I never realized how much I valued these words of wisdom until she was gone. To this day I can’t walk past a penny on the ground without picking it up. It just doesn’t feel right.

7. When life threw curveballs at her, she kept going. Grandma Layne didn’t remember her mother because she died when Grandma was about three years old. Her father died when I was about 8 years old and her husband died when Grandma was still in her 50s. In 1990, my mother, her middle child, died of colon cancer at the age of 51. The next year my uncle, Grandma Layne’s oldest son, died of heart disease. Grandma weathered all these losses with dignity and grace. She mourned (and who wouldn’t?), but she dried her tears, kept going, and became a great comfort to others around her merely by being calm and steadfast through the storms of life.

8. She was a superb gardener and could grow anything. I look at plants and they wilt. Grandma (and my mother) had the ability to grow gardens full of vegetables. Meals in the summer months consisted of farm-to-table meals that I miss to this day. If I close my eyes, I can see her hands snapping green beans, silking corn or shelling butter beans. She could never walk by a weed and not stop to pull it out of the ground. (I didn’t inherit that characteristic either.) She loved flowers and always had petunias cascading over containers on her porch. All things grew well when she was around, especially love.

9. Grandma never had a public job, but she could outwork just about anyone. She had a work ethic that wouldn’t let her sit down and do nothing—unless the grandchildren were around. Even in her 80s she could still outwork women half her age. She didn’t ever exercise or work out, but she was fit from years of working on the farm and in her home. Again, there was an inner strength to her that served her well all her life.

10. She loved with her whole heart and didn’t hold back. If she loved you, you knew it, and she showed her love for you in a million different ways. Not with gifts or material things, but through other special gestures, like making sure you had your own special plate to eat on at her house when you stayed with her. (Mine had daisies and my brothers’ had red circles.) She had a stack of Little Golden Books, and she’d read you the same book over and over just because it was your favorite. She was a woman of great faith and loved her church family and her Lord. The goodness she found in her faith, and that existed inside her heart, radiated throughout her being. I could see her pure spirit just by looking into her eyes. There was an aura of peace surrounding her that I felt whenever I was in her presence. If you have ever met someone like her, then you know how rare that is. If I was having a bad day, just sitting next to her made me feel better. I don’t think I have ever felt as safe and secure as when I was a child, sitting with her on her front porch swing.

There are many more things about my grandmother that I love and miss. I have been fortunate enough to publish a few books, and I dedicated one to her. When I showed her the dedication page, she didn’t say a word but a little tear slid down her cheek. I don’t think she ever fully realized the impact she made on my life or her other grandchildren.

Now it’s my turn to be the grandmother, and what an example I had! I hope I can live so I leave a legacy half as wonderful as the one she left me.

Teresa Kindred is an author, freelance writer, and former teacher. She’s the mom of five grown children and “Nana” to six precious grandchildren. She and her husband have been married for 37 years and live in Kentucky. Her blog for grandparents is at NanaHood.com. 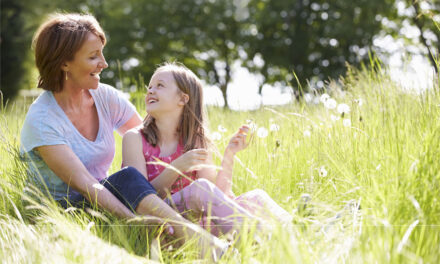 Teach Your Grandkids with Proverbs & Maxims 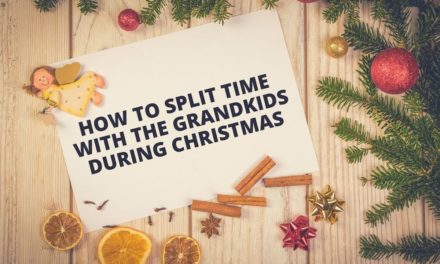 How to Split Time With the Grandkids During Christmas? 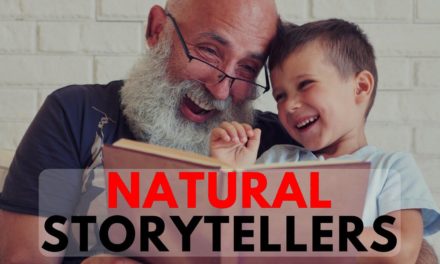 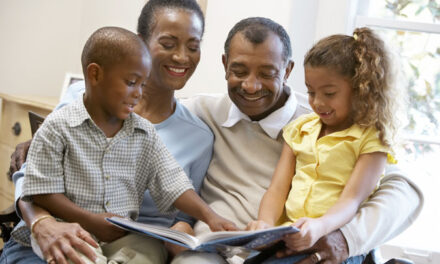 We Are Grandparenting Future Leaders