“Perfect love sometimes does not come until the first grandchild.”

Many of you know exactly what that means, because you’re living it out— boldly. 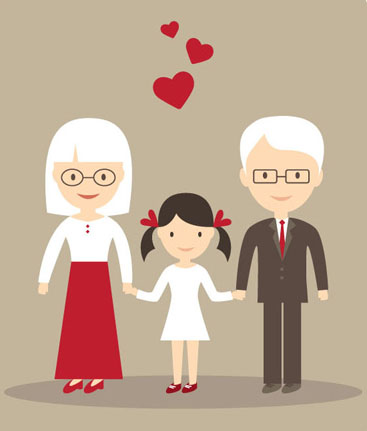 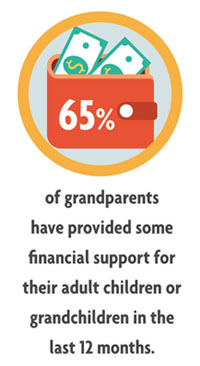 Economic indicators report grandparents have an average net worth in excess of $200,000. 48% of grandparents no longer have a mortgage on their primary residence. As an aggregate, they spend more than $2.3 trillion on consumer goods and services, not counting health care.

Grandparents make up one of the largest groups of contributors to non-profit organizations. They account for over 40% of all consumer spending on gifts. Over 20% of grandparents volunteer in some capacity at their church, in their community, or through a civic group.

The above data gives a broad picture of this vital and growing American demographic. However, specific case studies add texture which is striking.

Angela finds herself doubling down. She raised her children, only to watch her daughter’s marriage crumble like hers did twenty years earlier. Now she’s raising her grandchildren, which requires her to express a new dimen­sion of sacrifice. Her grandchildren have moved in; her household is now their household. Angela’s hopes of rest and retirement are a mirage. She’s seeking to keep the best possible attitude while she navigates the challenges, changes and joys that come with the new role she’s been thrust into—a grandmother help­ing to raise her grandchildren. It isn’t something she chose, but she is helping to fill a huge need.

In contrast, John sits by the fire roast­ing marshmallows with his grandchil­dren. They are laughing, telling stories and having a grand time. John and his wife want to influence their grandchil­dren by convening regular gatherings where they can listen, speak positively about the future, and share life in ways their grandchildren will remember. Of­ten after these gatherings, John’s adult children quiz their children about any stories or insights Granddad and Grand­ma passed on to them. Additionally, John is eager to share insights he notic­es about his grandchildren with their parents—about their personalities and quirks, or funny stories—because he knows he’s a key partner in raising these grandchildren. And there’s great satis­faction in the process.

Then there’s Lois. She’s hanging onto life by a thread. Her sickness has ren­dered her speechless. She longs to talk with her grandchildren, but can’t. Her physical life is winding down quick­ly. She is content with just holding her grandchildren. As she gazes into their eyes, she beams prayers of courage and hope, because they are carrying her leg­acy to a world she will never see. Un­aware of the gravity of her condition, her grandchildren look back into her eyes and their bond is profound. Even in the random mess of sickness and impending death, the desires of Lois’s heart are being fulfilled. Not in the way she had hoped, but in a sovereign way she must trust.

Each of these is a real situation and is packed with emotion (although the names have been changed). For Angela, there are quiet moments when waves of grief overwhelm her. At times she can be hypercritical and negative toward her grandchildren because she doesn’t want them to make the same mistakes she or her daughter has made. And there are many situations when tensions rise, particularly with her grandson, because he does “dumb stuff.” He’s trying to sur­vive, because his dad is in prison, and as a teenage boy, he often spaces out. So Angela has learned it’s best to listen, not give advice; to be supportive and com­mitted to the long haul. With regular en­couragement Angela will survive, but the process is unnerving and testy. Learning to listen and be patient dis­tinguishes her grandparent­ing style.

John and his wife are filled with gratitude about their relationship with their grandchildren. He’s thankful that they live in the same town, his grandchildren want to visit often, and he’s always welcome at their home. While he’s with them he’s probing, doing all he can to make sure his grand­children’s relational tanks are full. He is also trying to glean insights about his grandchildren’s future. He wants them to exceed him in some way, but he’s not sure how that will play out, so he observes, inserts bless­ings, and maintains a high level of interaction.

Only God knows what is going through Lois’s mind and spir­it. Her whole family is grieving. The course of her disease has accel­erated. Each day brings new challenges, but her unspoken, non-verbal presence is vivid. Some­thing is clearly going on in her spirit as she in­stills her legacy by just being close and hold­ing her precious angels. The incredible and powerful eye-to-eye bonding is fueling the brief time they will have together. Her lega­cy is now in the hands of her hus­band, her children, and those who will miss her. Lois is praying that spiritual grandparents who love her grandchildren will honor her memory and make investments in them where she cannot.

Where Do We Go from Here?

Each grandparenting story is unique. Certainly there are similarities, but your personal investment in the life of your grandchild is the difference maker. (Just ask a grandchild.)

In a recent review of reflections about a grandparent’s influence, here are the top five responses from adults about their grandparents: 1) they expressed unconditional love to me, 2) they were an example to me, 3) they prayed for me, 4) they told me I was spe­cial, 5) they were filled with laughter, wisdom and advice.

Grandmothers ex­celled at being the histo­ry keepers of the family, providing traditions, and gathering the family for meals. Grandfathers in­stilled a work ethic, often emphasized patriotism, and provided laugh­ter and practical jokes. Overwhelmingly, memo­ries of grandparents were highly positive. Yet in a recent survey commis­sioned by the National Association for Grandparenting, many adults (23%) had no memories of their grandparents, who were either deceased before they were born, lived far away, or made no effort to connect.

All this to say: today is our day as grandparents to make a difference. We are growing in number, we have unique life experiences which must be shared, and most important: our grandchildren needs us.

The data supporting this article came from: The MetLife Report on American Grandparents, The Grandparent Econo­my, and Research Brief: National Associa­tion for Grandparenting. 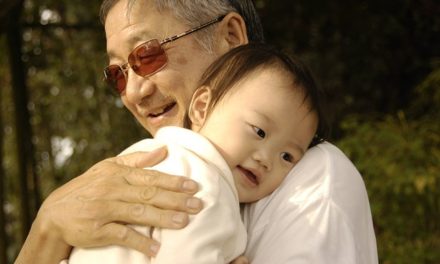 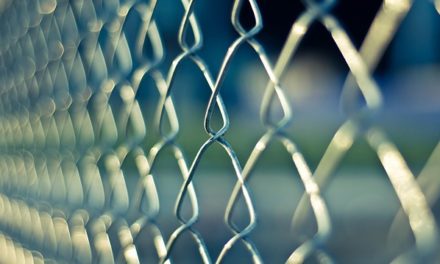